A New DLF Working Group on Labor in Digital Libraries, Archives, and Museums 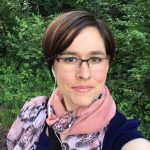 This post comes to us from Ruth Tillman, Digital Collections Librarian at the University of Notre Dame’s Hesburgh Libraries and organizer of a new working group on Labor in Digital Libraries, Archives, and Museums.

While serving as a grant peer reviewer in the summer of 2016, I encountered grant proposals which made sense as numbers on paper but whose proposed labor practices were heavily problematic (e.g., MLS required, 15 hours/week, 1 year project, not in a city with a library school). As a young professional, I had already encountered myriad such positions when attempting to find employment and have seen my friends struggle in such work, but now I was being asked for my feedback. Although I could speak to the harm that such positions might cause and the ways in which they might jeopardize the project’s success, I felt the lack of any formal ethical framework or guidance to which I might refer when making my assertions. Nor is this the only labor issue to face digital libraries.

As Stacie Williams asked in her DLF 2016 keynote:

We want to be valued, but how many of us have been a part of digitization projects like the ones featured on @Every3Minutes, where the work may have been performed by at-will workers with no job security who were paid the barest of minimum wages? How many of us use volunteers or interns paid nothing at all to complete those projects? How many of us outsource those digitization projects to people in prisons, disproportionately black and brown citizens who are unlikely to ever be offered jobs in the cultural heritage institutions that used their labor once they are released?

These issues are not unique to digital libraries. Where a digital library might contract with a company which exploits the under-compensated labor of incarcerated persons for lower-cost digitization, a state library may be mandated to use such labor and prohibited from making up a difference to minimum wage. Precarity and credential creep affect all areas of the GLAM world.

Working on Labor through DLF

However, a working group needs to start somewhere. When issuing statements and guidelines, it is practical to have the backing of a group such as the DLF which lends them authority that may be respected by administrators. It is my hope, therefore, that guidance, statements, and other outcomes from this group may be used by similar working groups in other GLAM organizations as a reference point when examining similar issues.

The DLF opens participation in its working groups and initiatives to those who do not fall under the umbrella of its partners institutions and also to those who are unable to attend the upcoming or any annual meeting. If you do not work at an institution with DLF membership and/or you will not be attending the 2017 Forum but you are interested in the topic, please continue reading. Most of the work of this larger working group will be done remotely. I envision the work as follows:

These four steps are broken out below in greater detail.

Creating an Agenda for a Working Session at DLF 2017

I propose the formation of a preliminary working group to prepare an agenda for a working session at DLF Forum 2017. I see the work to be done as consisting of three parts:

Issues which have already been generally identified and are being discussed by the DLF community include:

The working group would attempt to identify other possible issues through public calls for comment and provide a summary of each issue. Such a summary might include an overview of the practice, reasons why it has been identified as an area for concern, and additional information which might be helpful in determining useful outcomes of the group’s work on the issue.

The group’s work might result in a number of possible outcomes. For grant-funded positions, guidelines which might be used by grant reviewers might be an important first outcome. The group might also work on an ethics statement for grant-writers promoting an ethic of care in considering how the positions they create will affect the lives of the persons they hire.

I have identified a short list of possible outcomes of subgroups:

The literature and professional organizations are not silent on such issues, though they contain gaps. The working group could gather relevant statements made by other organizations (in part for evaluation), professional literature, blog posts and other less formal places where such issues have been addressed, and create a working bibliography for each identified issue. Those wishing to participate in the working group could prepare for DLF Forum 2017/the beginning of the work by familiarizing themselves with the materials before the working session.

I do not pretend to be an expert on issues of labor, although it is an area in which I have developed a research interest, but only on my own experiences. However, I am willing to act as facilitator for such a meeting and hope that others will lend their own experiences, their expertise, their research, and together we may improve the state of labor in digital libraries.

The goal of the working session at DLF Forum 2017 would be for the first set of subgroups to leave with a plan to on particular issues toward particular outcomes. Those wishing to join the work but unable to attend could use the Google Group to communicate their interest both to influence the groups formed during the Working Session and to join such groups afterward. Depending on interest levels and the number of issues identified, this work will likely be a multi-year process and may need to be done in phases or sequentially.

At this point, we are looking for all levels of commitment from willingness to be a co-leader of the Working Group to dropping in to point out a good article/blog post/someone-doing-this-already we may not have seen. I’ve created a Google Group to be used for coordination of meetings and work.

If you would not like to join the group but have thoughts on the issue and would like to provide initial input, please either email me at ruthtillman@gmail.com or use this Google Form (based on the ideas above) to submit your suggestions for our focus/volunteer to be involved in some way:

As facilitator, I intend to use the DLF wiki to post an overview of the group, minutes from the meetings, suggested readings, and timelines of the group. Those interested in following but unable to be involved or to be involved yet may follow its progress there.

As a DLF Working Group, this group will operate under the DLF’s Code of Conduct.

As subgroups complete their outcomes, these would move into a phase for public calls for comment, followed by revisions and publication. Such outcomes would be promoted to other LAM organizations for use and for adaptation to their own fields and scopes.