This Conference Update was provided by Keith Webster, Dean of Libraries at Carnegie Mellon University. This post is also available on his blog, libraryofthefuture.org.

The title of this post wasn’t simply a lazy grab from IMDb, but a reflection of the wide and stimulating array of presentations, conversations, and networking opportunities available to delegates at CNI Spring 2015. Complete immersion in the program left the participant so full of ideas on the interplay between different facets of information, technology, and libraries, that sleep could readily be foregone.

As is customary at CNI’s conferences, we were treated to two plenary sessions, one at each end of the two day program, complemented by six parallel sessions, each offering a choice from amongst seven presentations. This model points to the rich array of events, but also highlights the situation facing anyone tasked with reviewing the conference. The choice for the reporter is straightforward: dip in and out of a wide selection of presentations, accepting that this offers only a sampling, or listen attentively to a chosen session, and report on that. The menu became even more constrained for me, as I was presenting in one session, during which my being elsewhere was rather impractical. Help does exist, though: a conference on networked information attracts a fairly networked audience, and Twitter was a favored tool for sharing choice quotes and insights—750 tweets from 222 users reaching 850,000 timelines.

The CNI team, as always, have been a magnificent aid to us all. Speakers’ slides will be presented on the meeting website as will recordings of many of the sessions.

The opening keynote was presented by Brewster Kahle of the Internet Archive. Kahle is a long-standing champion of open internet access and has been driven to advance a mission of providing universal access to all knowledge. In a wide-ranging session he described the evolution of the Internet Archive from its early days as an archive of the web into a huge resource, built in collaboration with hundreds of partners: an evolution from an archive OF the internet to an archive ON the internet. Kahle pointed to collections of resources including three million hours of TV news, audiophile quality music recordings, 500,000 software titles, and, a personal favorite, British public information films from the 1950s and 1960s. A future development for the Internet Archive will be a focus on personal digital archives—a sustainable way of preserving collections of photographs and other products of our digital lives.

One particular focus of Kahle’s presentation was the interplay between the Internet Archive and copyright law. His advice? “Be respectful. Engage in conversation. Don’t make any money.” And a passing observation: “we put too much faith in our lawyers to figure things out.” Kahle’s presentation is already available on YouTube and Vimeo.

From there, I moved to a session presented by Stuart Shieber (Harvard), Ralf Schimmer (Max Planck Digital Library) and Ivy Anderson (California Digital Library) on their efforts to explore the economic feasibility of a transition to open access. A lot of data was presented, and the slides will repay close attention from those interested in the field.  Shieber showed that Harvard’s APC fund paid an average of $830 per article at a time when the average APC is around $3K. Schimmer pointed to an average per article cost of $5K under a subscription model, compared to an average of $2.5K in an open access environment. After noting that studies point to falling revenue for major publishers in an open access model, Schimmer made a couple of bold points: “An OA transformation seems to be possible without financial risks” and “Ultimately, all subscription spending must stop.” The work underpinning Schimmer’s talk is now available.  Anderson reported on the Pay It Forward study, funded by the Andrew M. Mellon foundation, which seeks to determine the feasibility of a large scale shift to open access for US research universities. She noted the global fragmentation of open access policies.

My own points for reflection:

I then attended a session on describing and assessing library and learning space, jointly presented by Joan Lippincott of CNI, Martha Kyrillidou of ARL and the University of Louisville’s Bob Fox. Lippincott surveyed a range of resources available to share ideas and insights including FLEXspace, the EDUCAUSE learning space rating system, and the learning space toolkit. She also pointed to an ACRL report which overviews new library buildings over the past decade. Kyrillidou talked about a range of issues around the assessment of library space provision—how best to balance between descriptive, numeric, qualitative, visual and predictive approaches. Fox gave examples of applying many of these approaches in his institution.

My own session, which I co-presented with Euan Cochrane from Yale University, addressed the growing need for services to support software curation. I set out the context of digital preservation, and linked it to the growing expectation that scientific data will be made widely accessible. How, in the future, will researchers be able to work with data if the underlying software cannot function on contemporary technology. Euan illustrated his work at Yale, where the university libraries offers software curation as a service. I presented the Olive Project, a shared initiative between CMU Libraries and the School of Computer Science. Our slides are available at Slideshare.

Software curation as a digital preservation service from Keith Webster

The parallel session pattern continued on day two. My first session was an update on Fedora 4, led by David Wilcox, accompanied by colleagues form Columbia, Virginia and Indiana. They outlined progress on the release and deployment of the latest version of Fedora, and then spoke about implementation instances. These include HydraDAM2 and the Portland Content Data Model at Columbia. Speakers also pointed to useful tools to support migration from Fedora 3 to Fedora 4, developed by Penn State University.

My final session was presented by a team from UNC Chapel Hill on supporting data visualization. They spoke of the relationship between their work in this area and priorities set out in their library strategic plan. I often find that this connection strengthens community support and interest, and can help to attract resources. They illustrated their work by pointing to numerous excellent examples including Documenting the American South and the Catcall project.

The closing plenary address, Realizing the potential of research data, was delivered by Carole Palmer of the University of Washington’s Information School. In a wide-ranging address she drew upon her research to discuss critical factors that support data sharing, the impact of disciplinary behaviors, and the role that librarians can play in this field. Palmer mentioned a report, now issued by the National Academies, Preparing the workforce for digital curation.

This was an excellent conference, capturing many of the key issues in our domain today. A good measure of the speed of progress will be evident when we gather again for the fall conference, in Washington D.C. in December.

As mentioned at the start, this conference review is one delegate’s experience. Twitter allows insight into the experiences of others. Using hashtracking.com, I have created a brief summary of the conference: 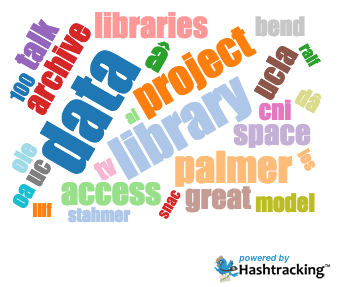 The most retweeted tweets: 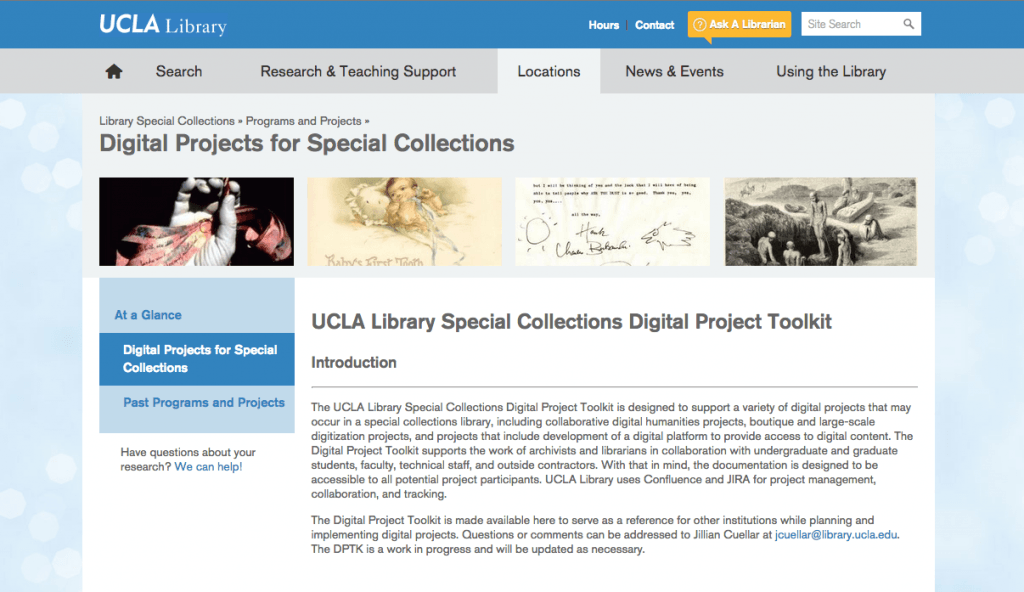 The HBCU Library Alliance and the Digital Library Federation are pleased to introduce 10 fellows selected for the Authenticity Project, a mentoring, learning, and leadership

Office Hours for the Levels of Digital Preservation

The NDSA Levels Steering Team is excited to announce the introduction of bi-monthly open office hours. In these informal sessions, we will welcome all members of the