This conference update was provided by Nancy Moussa, Web Developer at University of Michigan Library and DPLA Michigan Representative.

It has been a month now since I came back from DPLAfest in Washington, D.C. This year, there were over 450 people that attended the fest, which was co-hosted by the Library of Congress, the National Archives, and the Smithsonian Institution.

I attended this conference because of the generous award I received from the DPLA +DLF Cross-Pollinator travel grant. Over the two days at the fest, I communicated with various librarians, archivists, developers and publishers.

The first time I learned about the DPLA was in Hathitrust Camp in 2014. Since I was already passionate about public goods and working in public institutions, DPLA seemed like the perfect platform to be involved in. Therefore, I applied and I was selected to be as a DPLA community rep for Canton, MI for 2016.

Now, back to the DPLAfest. The energetic DPLA members inspired me. They were successfully collaborating and sharing their ideas and best practices they learned from their digital projects. 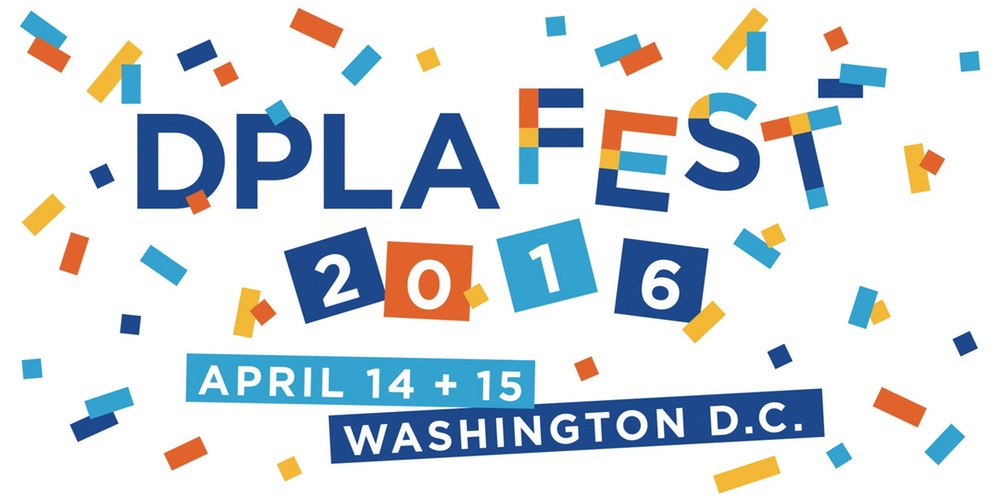 The sessions presented at the Fest were on various topics. These included: the 100 primary source sets in education, and the implementation of service hubs in different institutions. There were also few sessions about the RightsStatements.org, which has standardized the way hubs describe the usage rights on materials.

Most of the sessions I attended were related to the usage of DPLA in Education, such as the 100 Primary Source Sets and the Usage of DPLA in Academic. Since I am a Community rep for DPLA, these sessions were a natural fit for me.

The Primary Source Sets is one of the important contributions from DPLA to teachers and schools. There are 100 ready-made lessons with activities for teachers to use. Most of the collections/primary source sets are targeted for 6-12K and college students. These resources are for subjects like Social Studies and history. However, DPLA is looking for others resources in STEAM as well.

Also, there was a hackathon session that ran before the conference where some developers brainstormed ideas for developing apps using DPLA API.

An interesting session was given by Assistant Professor Krystyna Matusiak, about “Using DPLA for Teaching and Learning in Higher Education.” Matusiak had conducted a usability study among 21 subjects that included undergraduate, graduate students and faculty. The study was about the usage of DPLA in Academic. The study is not published yet, but the feedback from participants was encouraging. The idea of one-stop-shop was appealing for everybody.

Finally, the special event prepared by the DPLA at the “Rotunda for the Charters of Freedom” in the National Archives was impressive. The original documents from the Constitution of the United State, the Bill of Rights and Declaration of Independence were presented in this Exhibit. I had the luxury to enter this exhibit and embraced the chance to see the “Charters of Freedom” original documents in it huge glass cases. 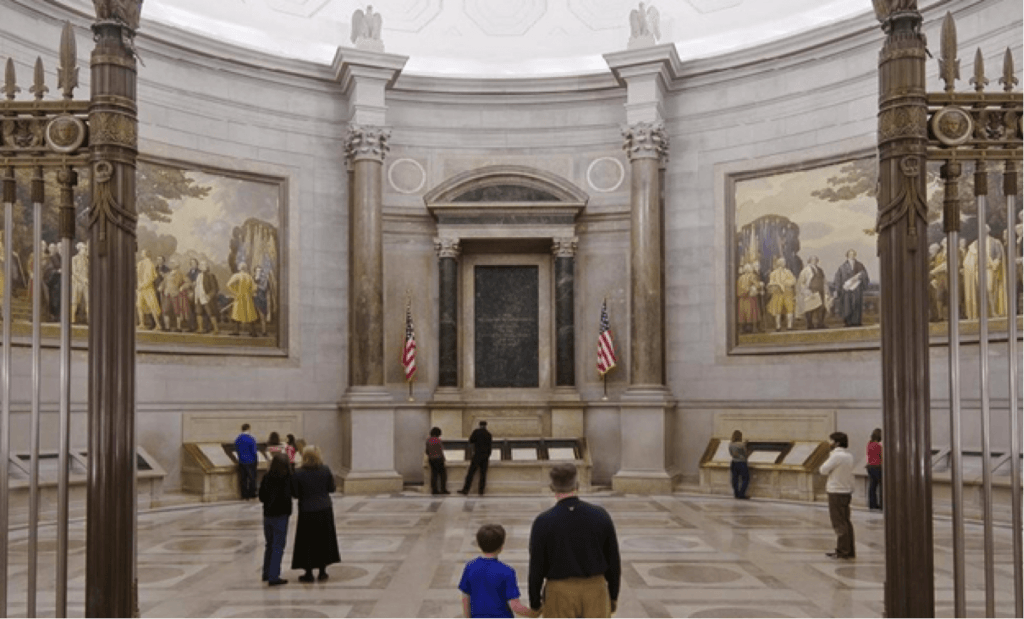 The DPLA so far has over 13 million items from 1,900 contributing institutions and it is growing fast. I hope for more collaboration between DLF and DPLA in the future; The “cross-pollination” award is one way to strengthen this collaboration and provides the opportunity for other DLF members to attend future DPLAfests.

I am very excited to see the community of DPLA growing and getting strong. My attendance at DPLAfest had served to strengthen my passion to spread the word about DPLA.

PrevPreviousA Librarian in situ: Adventures at DPLAfest in Washington, DC
NextReflections on community currents at #DPLAfestNext