This Member Update was provided by Rebecca L. Lubas, Associate Dean of The Claremont Colleges Library.

The Murals of Northern Ireland collection at the Claremont Colleges Digital Library (CCDL) forms an archive of images of murals in Northern Ireland painted from 1979 continuing through the present day. The collection is also at the center of a project engaging students with primary resources.

The images record the representation of history, the expression of political standpoints, the articulation of community concerns, the formations of memory, and modes of ideological address. The murals range from overtly political declarations, to graphic depictions of conflict, to comments on the peace process, to humor and irony. The CCDL’s collection includes murals from all political standpoints of conflict and the peace process in Northern Ireland. 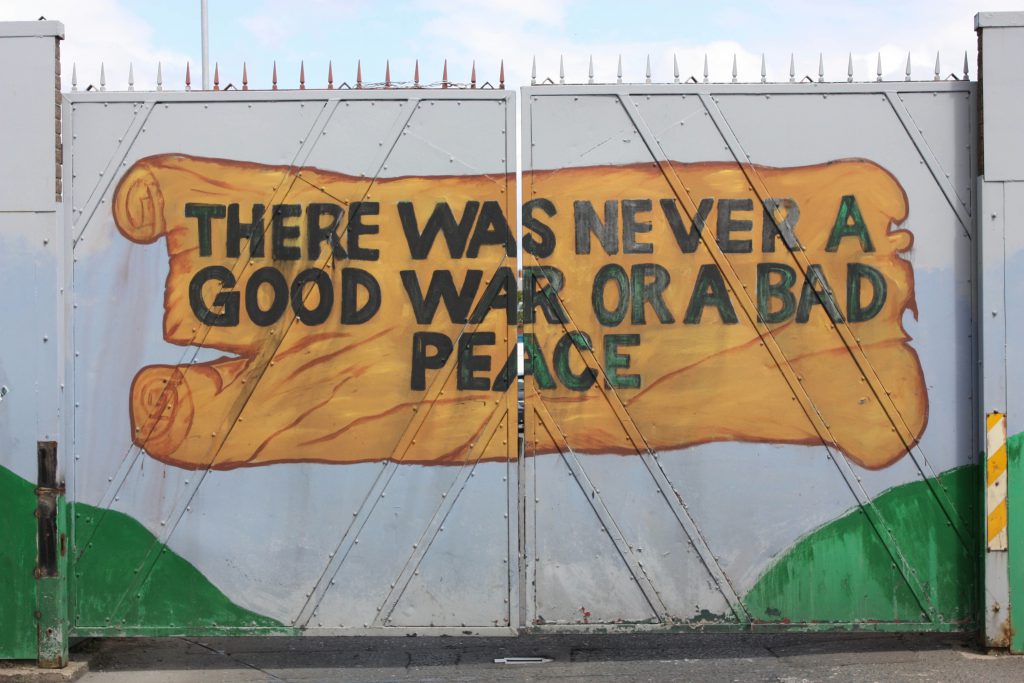 The Murals collection and project began as a collaboration with Dr. Tony Crowley during his time at Scripps College. Dr. Crowley worked as a journalist in Northern Ireland earlier in his career and has written widely on both the murals and the politics of language in Ireland. His presentation for the Claremont Discourse Lectures, entitled Speaking Through Walls: Political Murals In Northern Ireland, discusses how the murals serve not simply to express points of view, but to create physical and conceptual spaces.

The collection comprises digitized images of thousands of slides taken by Dr. Crowley, and born-digital images after he switched from using film. Since the inception of the project, Dr. Crowley moved to The University of Leeds where he is Chair of English. He continues to visit Northern Ireland to photograph murals on a regular basis so the project has continued at the CCDL and the collection actively grows. Through the murals, development of opinions and alignments can be tracked over time, an especially interesting facet of murals placed in interface neighborhoods (the term that is used to describe areas where Nationalist and Unionist neighborhoods border each other). The artistic approaches to the murals have also changed over time, from hand-drawings to silk screened, professional quality work.

The CCDL trains dedicated undergraduate and graduate student staff to digitize and/or process the images, aiming to have continuity in the student staff as long as possible. The student staff receive the images from Dr. Crowley and organize and rename the images. The files are then reviewed by Dr. Crowley to provide a deeper level of detail in the descriptive metadata. A finished metadata record for an image in the collection includes the date painted, the date photographed, and a detailed historical description.

The Murals project developed an uncommon approach to the title metadata: the title of each image is an accession number rather than a descriptive name. This decision was made in close collaboration with Dr. Crowley. He said of this decision: “Ascribing a title to works that are untitled often involves making an interpretation, possibly even an evaluation, of the content of an image, and that can lead to difficulties in a collection that attempts to present the materials, in so far as it is possible, without evaluative comment.” 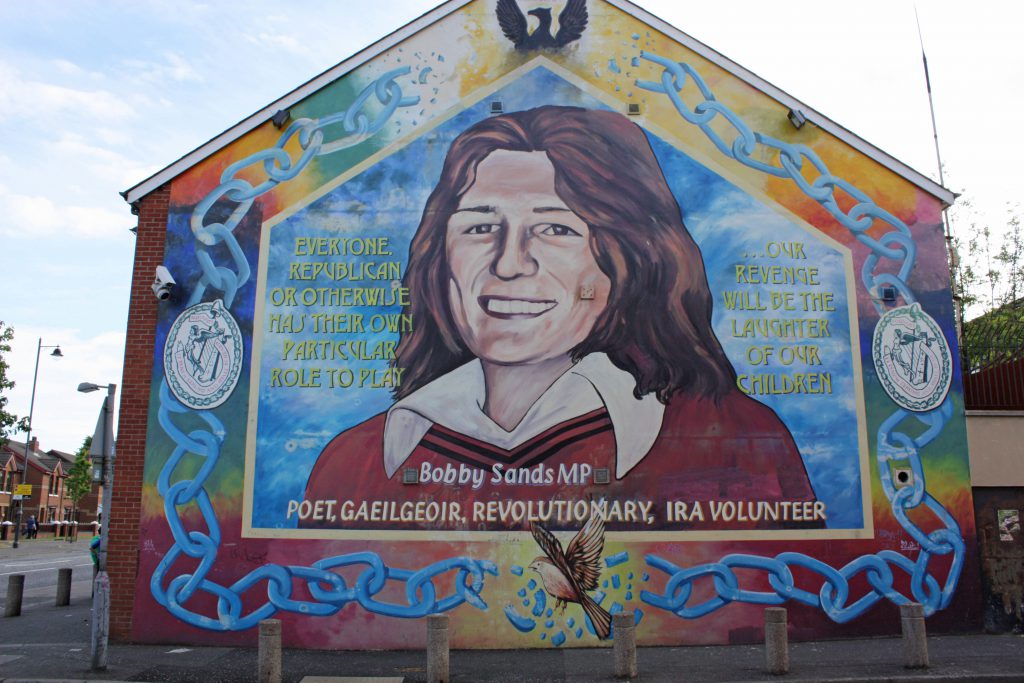 The Murals collection has a worldwide audience, and the CCDL fields many questions across the world. The collections contain items averaging over a thousand downloads per month.

A more recent development in the Murals project is the inclusion of GIS coordinates. The CCDL is using Google maps, and Dr. Crowley pinpoints the site of the photograph.

Recently, a batch of images that were not included at the beginning of the project was discovered. These images date from the late 1990s The CCDL quickly posted these images with brief metadata records to be enhanced at a later date. The inclusion of these images fills in more of the history of the Murals during the conflict years.

In the near future, the CCDL plans to create time capsules of the streets of Belfast using the image record, and to continue to engage Claremont students in this living archive which spans transitions in history and technology.

Please visit the Murals of Northern Ireland Collection at: http://ccdl.libraries.claremont.edu/cdm/landingpage/collection/mni

A monthly round-up of news, upcoming working group meetings and events, and CLIR program updates from the Digital Library Federation. This month’s news: Registration is