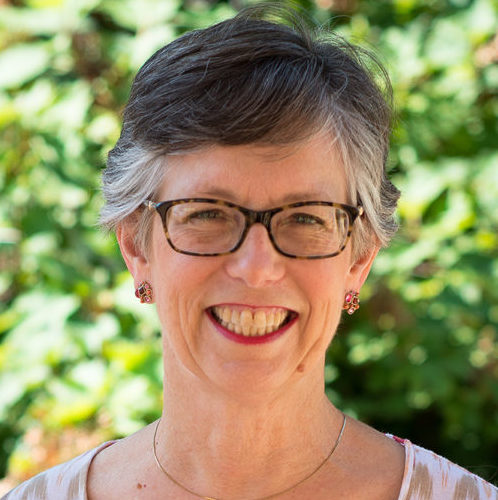 Ann Burns is a Metadata Librarian at the University of Virginia Library who attended the annual conference of the Visual Resources Association (VRA) as a Kress+DLF GLAM Cross-Pollinator Fellow. Learn more about Ann, or read her reflection on the conference below.

The Visual Resources Association (VRA) Conference, which I attended in Philadelphia in late March, is not long; three days pretty much does the trick. VRA bills itself as “the professional organization supporting those who store, preserve, share, and interpret visual content.” The members are primarily managers of visual content collections for museums, archives, libraries, academic departments or commercial environments.  All are aware that “visual content collections” has become a much bigger tent over the past 25 years or so. Based on the sessions offered, visual content management encompasses a wide swath of types and interests. Sessions ran the gamut from asset management of audio-visual files through managing intellectual property rights to applying embedded metadata to digital files and working with virtual reality. The Association announced 60+ new members, and I was struck by the number of them in attendance, eager to expand their technical and managerial knowledge. Some of the issues addressed included the role and responsibilities of a solo visual collection curator and ways to use digital images and their metadata to facilitate access to actual objects in cultural collections.

VRA’s theme this year was “Workshop of the World,” and their approach emphasized in-depth explanations of popular tools and programs in digital management. I found the session IIIF in Practice – Use Cases for Implementing and Using IIIF APIs, organized by Jeff Mixter of OCLC, particularly helpful. There are a number of places where IIIF is used to present images, but exactly how it works and what programs can be used to implement the APIs locally are not always clear. Mixter’s explanation of how IIIF works was tremendously informative, but oddly, Robb Detlefs’ excursion into his attempt to write IIIF manifests on his own illustrated as nothing else could why it’s a better idea to choose a service or an open source tool for this task instead!

Another session that interested me involved an introduction to audio-visual formats, including a case study for making in-house instructional videos, and an in-depth explanation of the different data layers in GIS files; the last section demonstrated the intricacies of GIS data for those who like to be forewarned as to what they are getting into.

I attended one workshop: Collaborative Digital Asset Management: Practical Approaches and Useful Tools. Samantha Norling and Tascha Horowitz from Newfields (formerly the Indianapolis Museum of Art) presented their Framework for Collaborative Digital Asset Management within Cultural Heritage Organizations. The workshop made it clear that it is possible to flounder in this task simply because of the number of questions, the number of answers per question, and the number of stakeholders and their orientation in such a project. From the structure and the topics discussed, it was obvious that the presenters had invested much time in understanding different viewpoints and expectations in their effort to implement a Digital Asset Management System at their institution. When you read through their list of activities and considerations, it seems wonderful that DAMS are ever implemented at all, simply because each interested party perceives their interest as paramount.

The session Engaging New Technologies featured a process for digitizing deteriorating negatives at the Library of Congress; a demonstration of the use of drones for GIS projects; and an explanation of Blockchain, which I found absolutely fascinating. Several sessions discussed the fair use of images, video and music; the one I attended reminded me of a similar talk given at my library, but also reminded me that listener-friendly presentations on this important topic may not be generally available, even in academic settings.

There were a number of social opportunities provided, to discuss what we had all been exposed to with our colleagues, or to discuss our individual interests. The Association maintains an active mentoring program, to guide new attendees to resources and help them make useful colleague connections. VRA attendees were also treated to a Raffle to raise money for conference travel with a personal appearance by Benjamin Franklin, impersonated by a curator who is also an actor.

The VRA Conference is not an academic conference. Its strength is in its ability to introduce technologies, sharpen skills, and provide opportunities for networking, collaboration and support among members of a particular specialty: the management of visual content for cultural heritage research, teaching and exhibition.