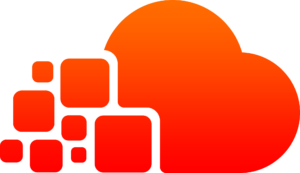 We invite your participation in Endangered Data Week (EDW), a distributed network of events running from September 21-25, 2020. This year’s Endangered Data Week will look different than previous years, as we focus on ways to respond to the present moment and have the biggest impact given the current circumstances.

EDW is an annual, grassroots effort to foster an environment of data consciousness through distributed conversations, workshops, and political activism. The topics we’ve covered include: raising awareness about risks to public data, workshops to teach data literacy, discussions of civic data, FOIA, online privacy, and many others.

We began EDW in Spring of 2017, on the heels of #DataRescue and concerns from many different sectors about the security and availability of federal data. Accessibility, preservation, and use of government data has been front and center through each of the last three Endangered Data Weeks. This has been for good reason—in those years, we have seen the availability, collection methods, and descriptive framing of federal datasets and records altered for political reasons. As the Environmental Data and Governance Initiative (EDGI) has documented, the language used on federal websites has changed to obscure topics such as climate change and environmental data, most notably TOXMAP, have been removed. The White House continues to try to manipulate the 2020 Census to benefit them, first by attempting to drive down participation by including a question about citizenship, and now by attempting to find other ways to exclude undocumented people. And we are currently seeing battles over COVID-19 data at the state and federal level in attempts to suppress inconvenient information about the mishandling of this pandemic.

However, as organizers in this present moment, we find ourselves increasingly focused less on threats to publicly available data, but instead on data collection practices that threaten the public. As millions of people across the country have taken to the streets to protest police and vigilante brutality and structural racism in the wake of the murders of George Floyd, Breonna Taylor, Ahmaud Arbery, and countless others, they find themselves tracked by an increasingly prevalent, and increasingly intelligent, surveillance infrastructure. Local and federal police are using film of protests, combined with facial recognition software, to attempt to identify protestors. They are also using so-called “open source intelligence”—social media profiles and other publicly available information—to identify, monitor, and develop criminal charges against protestors. Last year, the DLF Government Records Transparency and Accountability expert panel focused on governmental data, highlighting the ways in which data serves as a medium of state violence. In 2020, we see that conversations on data literacy, privacy, and activism are not only timely, but also have immediate ramifications on the safety and political agency of marginalized communities.

While government collection of data represents the clearest threats to privacy and well-being, we would be remiss not to look further. Tech companies, including but not limited to social media, track and aggregate our communication, browsing history, and purchases to better serve us ads, and brick-and-mortar businesses also rely on increasingly complex and invasive surveillance technology in the name of “loss prevention.” As a community composed of mostly academics and information professionals, we also hope participants will look closer into the surveillance we are enacting upon patrons and students, in the form of logging digital resource access information, contact tracing, or through learning management systems at our institutions.

While we don’t plan to stop discussing threats to public data, we want to encourage more events that focus on raising awareness of this type of data collection, retention, and analysis, discussions of how to protect ourselves and our communities, and ways that our work can more directly contribute to a more just society.

How to Get Involved

In previous years, EDW has consisted primarily of small, in-person workshops and discussions, but obviously that will have to change this year. We are looking to have a scaled-down, all virtual Endangered Data Week, including panel discussion broadcasts, asynchronous writing or resource collection activities, and virtual/asynchronous workshops.

We will be tweeting updates with the hashtag #EndangeredData and adding events to the website and as they are planned, so please keep an eye on the events list for ways to participate. If you are interested in putting together an event, want to suggest an idea, or have any questions or comments, please get in touch! If you’re planning an event, you can add it to the website using our form.

The Council on Library and Information Resources is delighted to announce that we have opened registration for our in-person conferences happening in Baltimore, Maryland this